1) What does this (Un)Conference mean to you? 2) What is most significant to you about the day?

Cynthia
1) Actually, I had no attachment to the conference. I just noticed it was going on and came to see what it was about. I wish I knew more of the back ground information so I knew what was happening. I would have planned my day differently so I could hear what everyone had to say about the different social justices going on and how they affect each individual. This event seems pretty cool and eye-opening.
2) I believe that women getting together to speak truth to power is significant. Most females won’t speak for themselves. Seeing such strong figures today made me realize the fight and passion that lives in them; it makes me see the desire they have for change in their communities.

Jessica
1) I found this conference to be extremely important because it discusses the problems with social justice, whether it be race or gender.  I didn’t really notice the way women were treated and the gender problems women face in different countries was as big of a issue as it is until attending the conference today. People need to realize that it is important for women to take up space. Women play a significant role in society everyday. The social justices women face today need to be resolved and differences need to be made. These powerful women opened my eyes today and changed my perspective on the situations at hand.
2) Today, I really got to see the fire behind each women. I got a chance to see what each of the represent. They have a voice and chops to use it to promote awareness to each of the social injustices that they are facing. All of the women that I saw speak today have educated me to be better and helped me understand that I can make a difference too. 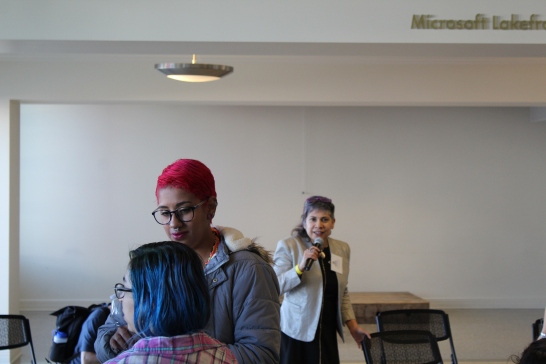 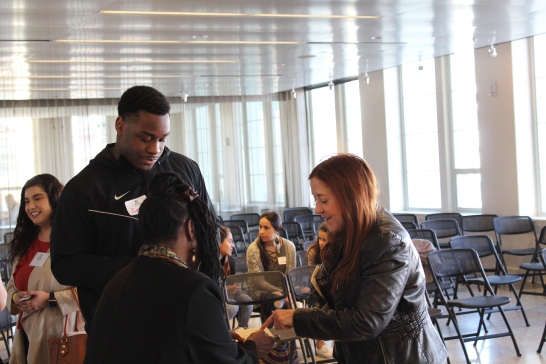 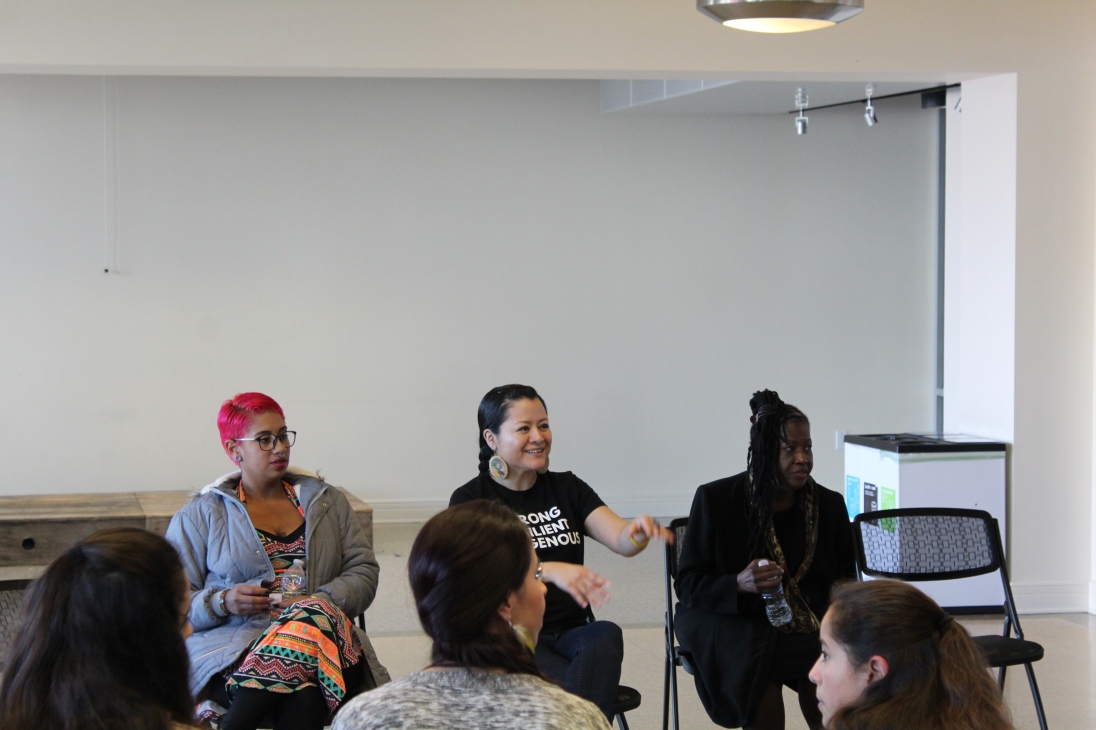 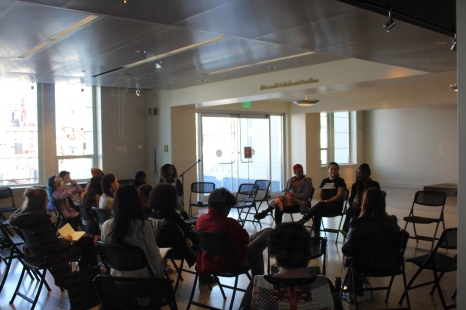 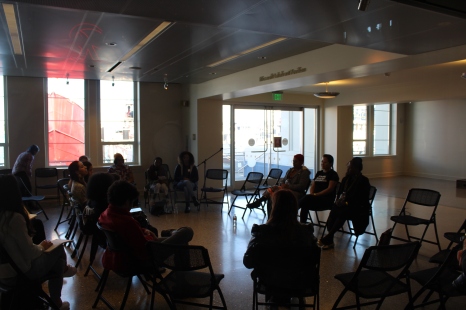 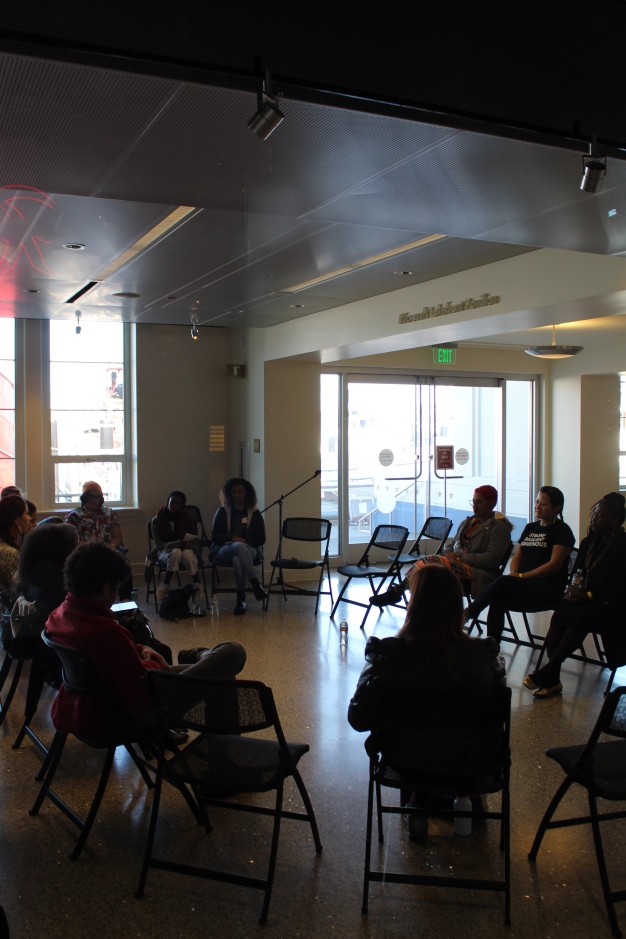 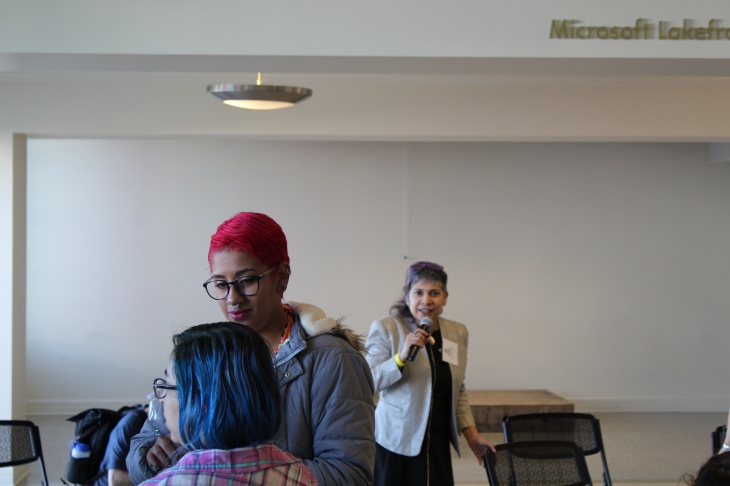 From watching Black Mama perform I learned so much. I learned about the oppression and the struggles women are going through not necessarily only in Ecuador, but all around the world as well. It is almost like we are on a different planet because we don’t know all the things that are going on in separate countries. I didn’t know prostitution in Ecuador was as big as it is so it was really crazy hearing it. While prostitution is a problem in the states, it isn’t as big as it is in other countries. She goes through oppression in her country because of the color of her skin. She struggles identifying with whites because she is seen as black. She struggles fitting in with blacks because she is too light. And most importantly she has a problem identifying with both groups because they claim she is too indigenous for both groups. What I did find intriguing though is that even while facing all the political backlashes she stands strong behind what she believes and she doesn’t give into the problems that she sees. She does what other women are too afraid to do; she speaks up for what she believes in. She is trying to be heard and she is trying to make a difference in her community for the women she is around. She is a powerful women who is very inspiring and very talented. Even though, I couldn’t understand all that she was singing about, I knew she was very passionate and felt every word she was saying in the songs she sang. I gained better knowledge about the situations she is facing, and while doing that, I enjoyed a little music as well. I think going on in the future, things like these are very helpful in gaining knowledge.

The first article I read was the biography of Mia Zapata and it talked about the success and the achievements that Mia and her band had reach. It talked about where she had started and her influences as an artist. I found it to be intriguing because it is Seattle music history that I would have never known about if I didn’t read the article. The thing that hit me the hardest in the article is when the author stated, “Some of the songs on this album relate to Zapata’s murder directly (such as “M.I.A.”, which encourages vigilante justice for her killer) as well as Sargent’s death by drug overdose (“Rock A Bye”). It hit me the hardest because music is used a lot to help cope with the loss of someone close; it also is used to express how one is feeling on the inside. I know from personal experiences, music has helped me get through some of the darkest times while also bringing up the deepest expressions and feelings that I have that I wouldn’t have showed otherwise.

The second article I read was “The Gits’ Mia Zapata Resurrected in Film” and it mainly discussed the documentary made honoring Mia Zapata’s life and simply telling her story. The documentary goes over her musical career and her spiraling down fall (her death). The author, Marc Hirsh, stated in his review of the documentary, “Zapata and her bandmates were just learning to harness their power, and it’s one of many tragedies surrounding The Gits that they never got the opportunity to find out where it would have taken them.” This stuck out to me most because it showed their potential if Mia wasn’t brutally raped and murdered. They definitely had things going for them. But, in the end, following her death, rather than her family and friends wanting revenge for her death, they simply asked for justice for Mia; this showed the true character of Mia because of the people she surrounded herself with.

When did you become a feminist and what led you to make the decision?

What’s the greatest challenge you have faced being a black female feminist in the hip hop world?

Group 16 – AFRAM 337
Create a free website or blog at WordPress.com.